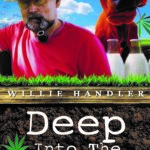 Preston McPherson thought he could save his troubled Canadian dairy farm by growing marijuana, but his problems were only just beginning. With the help of his brother-in-law and local police sergeant, Ferg, he signs an agreement with a cannabis distributor, Green Fields, but money is still tight. When a greenhouse break-in sends Preston deeper into the red, Ferg – not exactly a model cop – comes up with a scheme to sell marijuana illegally to a Michigan drug dealer.

As time goes on, Preston sets up a secret grow-op on his farm, launders the proceeds, and becomes involved in robbery and even murder. At the same time, he needs to bluff his way through government inspections, deal with a local group of women bible-thumpers who are picketing his farm, address the growing demands from the Michigan gangster, and stay one step ahead of the persistent small-town cop who insists on investigating all the strange things going on in town. If any of them catch up with him, Preston risks losing his farm, going to jail, or floating at the bottom of a lake with cement shoes.

Author Willie Handler was a satirist well before he became a novelist. Hailing from Canada, where self-deprecating humor is part of the national character, he finds targets for his humor everywhere. His targets include friends, family, co-workers, politicians, farmers, subway passengers, bureaucrats, telemarketers, Martians, and his barber Vince. In 2016, he released his first novel, a political satire, The Road Ahead. His second novel, a sci-fi spoof, Loved Mars Hated the Food was released in 2019. He has come up with a black comedy for his third novel, Deep Into the Weeds.

Find Deep Into the Weeds on Amazon