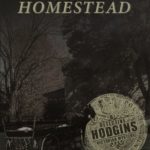 A farmer’s cries of murder burst through the station house doors, shattering detective Hodgins’s quiet day. Someone has bludgeoned elderly “Bucky” Buckingham and left him for dead in the barn.

Despite the deceased being a kind and gentle man, Bucky’s death reveals a long list of suspects. Detective Hodgins must hunt for the truth farther away from Toronto than ever before into Elora, Kleinberg, and Collingwood.

It’s up to Hodgins to unravel veiled secrets held, all while dealing with a distracted constable convinced his sweetheart may be returning home in someone else’s arms.

Homicide on the Homestead was released on January 22, 2021.

A bit about Nanci:

Nanci M. Pattenden is an author of historical crime fiction. After digging into her own genealogy, Nanci uncovered a story about a young ancestor, sent to Canada from an English workhouse, who ended up on trial for murder.  This sparked her interest in writing fiction, and launched her into the world of novel writing.

Nanci currently has four books in the Hodgins series and is co-authoring a new humourous paranormal series D.E.M.ON. Tales. Her interest in genealogy, local history and love of Victorian murder mysteries have merged to create a new Canadian Victorian murder mystery writer. She is a member of Sisters in Crime, Crime Writers of Canada, and the Writers’ Community of York Region.

Nanci has completed the creating writing programs at both the University of Toronto and the University of Calgary. She currently resides in Newmarket, Ontario with her fluffy cat snowball, and is semi-retired. She can be contacted through her website at www.nancipattenden.com.

Find Homicide on the Homestead: