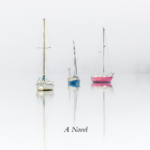 Adopted by a family in Vancouver as a Vietnam War orphan, Dannie Cooper dreams of finding her biological parents. Days after 9/11, she receives an email from a Vietnam veteran in Port Angeles, Washington, who claims to be her father. With the lure of a genetic father overwhelming, Dannie drops everything to go in search of him in an America reeling from a terrorist attack and on the brink of a new, undefined war. There she finds Bruce Huckman, a stoic ex-logger dying from cancer caused by Agent Orange exposure in Vietnam. Dannie wants to believe Bruce is her father and stays to help nurse him, even if her family back home is unconvinced of Bruce’s legitimacy. When she falls in love with Ryan, a local man who wants to enlist for Afghanistan, Dannie finds herself caught between the legacy of the Vietnam War and the possibility of a new war destroying someone she loves. Straightforward, honest and intimate, The Strait of Anian is a compelling tale of personal discovery that reveals that being a daughter has nothing to do with one’s DNA.

Rhonda Waterfall is a graduate of The Writer’s Studio at Simon Fraser University. Along with a short story collection entitled The Only Thing I Have, she has had fiction and non-fiction published in several literary journals such as Geist, Room, and Grain. Rhonda was born in Ocean Falls on the west coast of Canada and currently resides in Markham. The Strait of Anian, is her first novel.