Backstory and Its Role for Contemporary Writers

At the end of September, I attended my first workshop from the WCYR and MJ Moores. I found it as insightful and as informative as I hoped.

The workshop was held at NewMakeIt, a non-profit facility created by the Town of Newmarket, to help entrepreneurs, freelancers, and starving artists like ourselves. Tucked away in the corner of a building in the industrial area of Newmarket, we were given free use of a room (with a whiteboard for a wall). There, we met, discussed, and listen as MJ presented us with the craft of backstory and how it has changed from the time of the classics to now. The first comparison she gave us was between Charlotte Brontë’s Jane Erye and Nino Ricci’s Lives of the Saints. The comparison explored how integrating backstory has evolved since the eighteen hundreds. The change is cross-genre, as MJ also compared Mary Shelley’s Frankenstein to Stephen King’s Misery. MJ answered questions, ensuring the group understood backstory and its many uses within the craft.

After the examples from published works, MJ provided an example from one of her first drafts, as well as one from another source. Then, we were left in pairs, with the task of finding the superfluous backstory in the text . After those intense few minutes, we did the same with our own writing. In the end, I think everyone came out of the workshop with a firmer understanding about backstory and the place it has in our work. The evening was fun and informative. I was very glad I could attend. 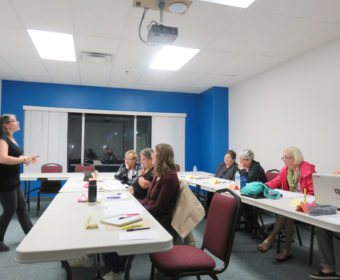 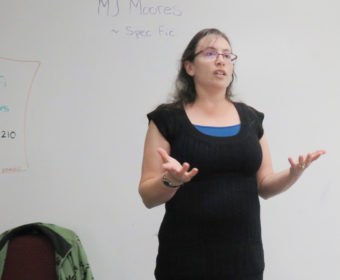 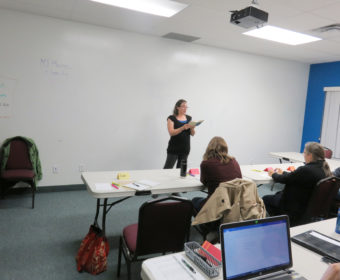 Well said and well written Pity I missed the session.