Lynda Quirino, founder/executive director of The Georgina Paranormal Society, and  Paranormal Survivor television series will walk us through some of her most ghostly encounters and give us the real deal on what it takes to hunt the paranormal. Topics to include:

Workshop will be on October 6th, 2019 at the Ray Twinney Recreation Complex. Pre-registration ends October 4th, 2019. 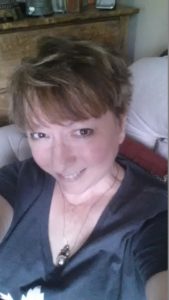 Lynda Quirino is the Founder and Director of the Georgina Paranormal Society, and a “Paranormal Expert” on the T&E television series, “Paranormal Survivor”. Her interest in the paranormal has been lifelong, as her experiences as a small child with ghosts and spirits at the family cottage  intrigued her and led her on a quest to a greater understanding of all things unexplained.

Lynda has been involved in the research and investigation of the paranormal for well over 35 years, beginning in the early 1980’s while attending Vanier College, and as an undergraduate student at McGill University in her hometown of Montreal, Quebec. After relocating to the province of Ontario in 1986, she became involved in paranormal research and investigation on a freelance basis. In 1997, she became the Assistant Director of the Toronto Ghosts and Hauntings Research Society, a post which she held until 2003. From 2004 until the founding of the Georgina Paranormal Society in 2012, her work in the field focused on education and lecturing on ghosts and the paranormal, and on private paranormal investigations. Lynda has appeared on various local television productions and has been a keynote speaker at libraries and private venues, all the while continuing to answer the call to help those who have nowhere to turn. With the birth of the Georgina Paranormal society, Lynda has been able to not only continue to help the haunted, but also to bring together a dynamic team of stellar individuals whose common goal is to learn even more about this dynamic field.

When Lynda is not immersed in all things paranormal, she can be found either at her sewing machine or at her easel. And her calico cat Ophelia is always at her side.