We’re excited to announce that award-winning Canadian author Terry Fallis will be the keynote speaker at the first York Writers Conference. Terry is a two-time winner of the Stephen Leacock Medal for Humour and has been nominated multiple times. Terry is the author of six national bestsellers, including The Best Laid Plans and No Relation.

Terry didn’t start off as an author. He attended McMaster University, earning a Bachelor of Engineering degree. At the university, he became part of student politics and was elected president of the Student Union. Terry spent the next two decades engulfed in political life. After leaving politics, Terry was a consultant at an international public relations firm. Eventually, he co-founded his own PR agency.

In 2008, Terry published his first novel, The Best Laid Plans, a must-read Canadian political comedy. It has been adapted as a six-part television miniseries, as well as a stage musical. A homebuilt hovercraft plays a role in The Best Laid Plans because Terry has always had an appreciation for hovercrafts. 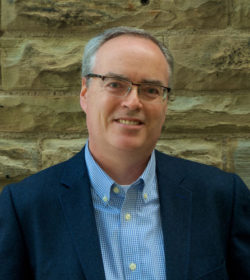 At the York Writers Conference, get ready to laugh and learn. We are all looking forward to listening to the wit and wisdom of Terry Fallis. See you there!