Today’s Member Spotlight is focused on writer M.R. Noble. Ms. Noble’s stories are driven by character and fleshed out with her imagination. She digs deep, wanting to inspire her readers.  A lover of Urban Fantasy and Thrillers, she looks to find the extraordinary in everyday surroundings. 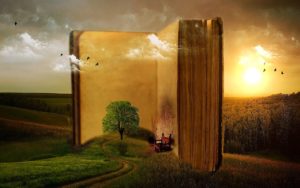 I won’t lie to you, I started writing after I’d read my first fantasy book. I can do better than this, I thought to myself. Soon after, I did.

For me, writing isn’t focused on beats or driven by heavy plotting. My characters take the wheel. I’ve always been gifted with an incredible imagination – and this serves my writing well. My stories are played out in my head, like a movie reel spinning. All I must do is translate the visceral scenes before me onto paper.

In my heart there’s an undeniable truth – I wanted to be a writer from the moment I dared to dream. I just hadn’t realized that telling stories was my calling yet.

Karolina Dalca, Dark Eyes, like any first-born child, gripped my heart from the moment the story was born. Millennials brace yourself. A tribute to everything I love about the supernatural, this fantasy resuscitates some of the timeless vampire themes and brings them smashing into 2018.

Karo is a wise cracking political science student from northern Ontario – but she is also half vampire. When her home is attacked and left burning to the ground, she must run or be blamed for her mother’s murder. She is thrust into a search for her late father’s family.

No cell phone, social media or support from friends – except for a werewolf and a P.I who drags her wrenching to her dorm – she must flee Canada and clear her name. What could be more exciting than vampire spies in Ottawa? Vampire spies globetrotting through Europe.

Karo’s story is one of reliance and brutal self-discovery.

On the opposite end of the spectrum, I have a newly invented supernatural character debuting in my second series. This working title cannot be released yet, but may be ready for sale to publishers within a year.

I do enjoy having a professional edit done for all my work. In the words of Stephen King, “to write is human, to edit is Divine.”

Why do you write?

Aside from the magical effects that urban fantasy has on the subconscious, which I’ll reveal in a later question, I write to empower and inspire change where it’s needed.

Every woman has fought her own battle. She’s conquered ground with each small victory, a victory that might have defeated one of us before. I write to build on the past. I try to inspire others to dig deep – if they hit bedrock there’re almost there – and challenge themselves.

This not only proves to women that the impossible is within our reach but acts as a guiding light to others when the shadows of defeat are looming. I want to show that we all have the power to be our own hero.

I also write to honor the men of true character, by my definition anyways. The ones who are steadfast and the ones who surprise you. I want to showcase men who prove that moral justice isn’t dead – and fight to keep its principal alive in today’s world. More than anything, I want to show the tender side of men, which in all it’s glory – does have the power to change the world.

Who was your mentor?

I’ve been blessed by the literary gods to have fantastic mentors in my life. I’ve narrowed down my mentor list to a top two.

I would like to thank Ms. Kimmy Beach, author of six books and editor for University of Alberta Press and Turnstone Press, for her belief in my potential as an author. Kimmy’s work explores the dark corners of humanity and is always probing the reader for more self discovery. Her novel Nuala: A Fable is a prime example. We also share an appreciation for Lee Child, and for sarcastic punch lines that make a person laugh and then cringe as the reality of the circumstance sets in. Her lighthearted nature and deep understanding of the power of words on a page remains an ever-constant inspiration.

That’s just a few of her accomplishments. Kirsten Koza has a spellbinding way of knocking the shit out of you – and that’s hard to do through a book page. Her love of surprise, suspense and humor are brilliant examples of connecting with the reader. She takes you off guard by using humor as a weapon. She’ll drive her point home like a stake in your chest, until you’re reeling with every emotion she wants you to feel. That’s just the way she likes it.  Her support and fantastic writing continue to inspire my own personal growth, and this is something I will be forever grateful for.

Who are your literary heroes and why? 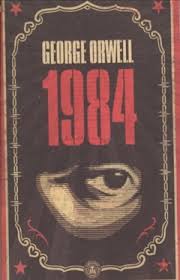 George Orwell. Why you ask? The simple answer comes in four digits, 1984. Orwell was writing dystopian long before it was a fad. Yet, the aftermath of his novel is still bone-grinding sixty-nine years later. My weakness is a character who is fallible when it comes to love, and Orwell orchestrates the most resonating demise of lovers I’ve ever read. More than anything I admire his ability to make me, along with millions of other people, say “Wait. That can’t be it. It just can’t.” We all go on to dream of another ending where somehow, somewhere, our lovers could have made it.

1984 remains to this day the most powerful book I’ve ever read.

What brought you to the WCYR?

Total chance. A friend was presenting in a writing workshop in Orillia. I happened to be free and in the area that day, so I attended. It was love at first participation, but like any great story, obstacles presented themselves. The Writers’ Community of Simcoe County (WCSC) closed down.

On the rebound, I contacted its sister group, the Writers’ Community of York Region (WCYR), and was delighted at the community of dedicated, over-caffeinated writers who received me. All has ended well, as my lippy protagonists haven’t gotten me thrown out of the group, yet.

What do you enjoy writing: genre, format, etc.?

Urban fantasy. I love reading and writing it because of it’s effects on the subconscious.

By blending the surreal with the real, a notion is planted inside the brain – an idea that it’s possible to find the extraordinary within the ordinary. It’s from that moment, that people are changed. We look at the world around us with new curiosity. We think critically.

Post story we’re left craving the unusual or the exhilaratingly different. We’ve seen the potential for what could be, and our minds start filling in the gaps. Pigs can’t fly. But that doesn’t stop our little seedling from growing does it? What if under the right circumstance . . . maybe with genetic mutation wings could form . . .

Boom. Our imagination is soaring. The possibilities are endless. We’re flexing our brain like a muscle, and ironically, we’re more in tune with the world around us.  The magic of urban fantasy will always be my first love within the literary genres.

The void of my left-hand man is filled by the thriller genre. I relish the art of piecing together the clues that lead up to the big climax. Even better, are the dark twists that you didn’t see coming. Like any a Lee Child fan I immensely enjoy the Jack Reacher series. I feel that all books, whether it’s urban fantasy, mysteries, romance, or thrillers, are tastier with a little noir thrown in.  This is a bias I hold proudly, and you will surely see it in my own work.

What is the best writing advice you’ve ever received? 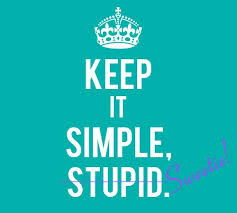 “Keep it simple stupid.” Translation: the easiest reading is the best writing. After I’ve written a first draft, I go back and unstuff the pillows, so to speak, and cut down my writing to the naked bones. It’s a fine art, cutting as much as you can, while still preserving the necessary imagery, pacing, character, and plot. But, it makes a hell of a compelling story, and that’s what you want.

We look forward to reading M.R. Noble’s work and wish her luck with her querying and publishing endeavours.

Thank you, Loni, for a wonderful interview and an artful play of words with your summary of me as an author! This interview has been shared via twitter @M_R_Noble and via author website, http://www.mrnoblefiction.com