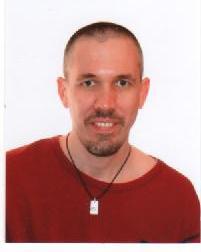 Today’s Member Spotlight features writer Mark Koning. Mark writes in a variety of genres: he has written memoir, short stories and more! He has stories he needs to tell. Mark doesn’t tend to plan out his stories but writes when the spirit to create moves him.

I have been writing on and off for most of my life, I always loved creating short stories and using my imagination to take me to different worlds and sort of escape my own reality a bit. I have been through, and still deal with, challenges and it nice to be taken away from all of it at times.  But I’d have to say that it was really when I was working in the theatre as part of the stage production crew and reading through various scripts that writing became a little more of a serious thing for me. I spent time during my off hours backstage sitting in a corner and writing for myself. I became so fascinated by the creativity involved I followed it into a Creative Writing Program. After that, one idea and a short story about a girl became a passion that I could not let go of.

My latest book is a spin-off to my Memoir. It is about my time in the Theatre working backstage and all of the things I learned; not just the technical theatrical stuff, but things about my life. My first Memoir is about me growing up and living with a brain injury and this book shows how I learned of my value and the contributions I could make in this life. So the inspiration came in two parts; one was continuing to tell my story, and the second was my co-worker and good friend, Kevin, who passed away in 2014. His sister once said to me, “I know there are stories there, one day you’ll have to share them.” Seeing as how Kevin had become part of my journey and had in fact shown me some things about myself (though he probably never knew that), it felt right to combine the two.

How would you describe your creative process while writing this book? Was it stream-of-consciousness writing, or did you first write an outline? 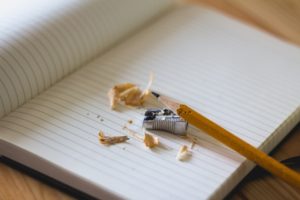 Oh my! I really don’t think I have a process; I hope that is not a bad thing. I write when I have an idea and I feel inspired. There is no exact schedule; I go with my own creative flow. I write as my consciousness allows me. Sometimes I plan certain pieces and at other times I don’t. With my latest book, ‘Behind the Red Curtain’, I knew the timeframe was eight years, which is how long I worked at the theatre. So, I first created my chapters, lined up all of the keepsakes and articles from those years, and began.

Tell us five random things about yourself.

1: I am a dog person. Petey is my fourth dog, but I have enjoyed the company of dogs and playing around with them since forever. This, despite being chased, driven to tears and almost bitten by a scary German Sheppard when I was somewhere around ten years old. I am pretty good at training and having patience with dogs… my sister once joked that I was the “Canadian Dog Whisperer.”

2: I am a peer mentor. I feel a responsibility to combine my experiences, empathy and patience in a positive way that can help others.

3: I often find whether writing my own stories, reading books by others or watching movies/TV shows, I am drawn towards strong female characters. Buffy Rules!

4: During my last couple of years in College I volunteered at a school where I worked with a junior and senior kindergarten class.

5: One of my jobs many moons ago was as a security guard in hospital.

Who do you think you are? Tell us how you define yourself?

I am a writer and an advocate, and I try to combine both, I think it is the most effective way for me to share what I know and have gone through. I am a storyteller with a quiet imagination. I am a Caregiver, a Mentor, and a Survivor! I am open minded and think of others before my own needs. I am someone who is always trying to learn more because there is always an opportunity to improve on something.

What is the funniest/most embarrassing/scariest story from one of your book signings or events?

“How are you able to write a book about a girl?” It is a funny but kind of annoying question and it is one I have been asked a few times since my first book was published. ‘Chronicles of a Girl’, it is about, well, a girl. A few folks, mainly older gentlemen, have made comments wondering how a guy can write not only one book, but a trilogy, about a girl. This led to quite a debate between husband and wife one time.

Another funny/strange moment at a book event was when someone, after listening to my explanation about my Memoir ‘Challenging Barriers & Walking the Path’ being about brain injury, asked if it was about death. I said, “Well no, it is about me, and I am still here.”

They say authors have immensely fragile egos… How would you handle (or how have you handled) negative criticism or a negative review?

I wrote a story I titled ‘Chronicles of a Girl’ that turned into a trilogy. I think I created something wonderful, from the world in which it takes place, to the characters to the actions. I rushed into publishing book one, and, well… it came out with a few mistakes I may have been able to recognize if I had slowed down a bit. Someone close to me once suggested (before book two was published) that I give up and move on to writing something else; that I abandon this idea because it wasn’t working. I did go on to publish book two as well as the third; so I stayed true despite the criticism. Sometimes I may become a little defensive of the story and characters I create, but mostly I just move on and continue doing what I do. I try to remind myself that everyone has their opinions and they won’t always be favourable. Also, I know I am usually my own worst critic and if I can handle me I can handle others.

Which of your characters do you love/hate/fear/pity the most and why?

I’d have to say that my favourite character I have created is Amy Braddick from my ‘Chronicles of a Girl’ series. I like her humour and smarts and passion, but mostly the fact that she is a person with an open mind and once someone becomes part of her life she is there for that person; no questions. She is accepting and is not easily swayed by little things or the past. She focuses on the now and really sees the person.

On Reading and Ideas

Do your pets help you with your writing?

I love my dog Petey, he is an American Staffordshire terrier. Nothing is better than sitting on my couch with my laptop and writing, with Petey by side; half curled up with his legs stretched out, his back paws crossed over top of one another, his head kind of tilted back and hanging off the side of couch. And me, just writing away; maybe a tea nearby.

Petey is a funny dog; I sometimes think he thinks he is part human. He has made me laugh many times when I needed it and even inspired me to write some very short stories; “Petey the Pitbull”, there are 44 of them. Petey and his antics helped me write when I felt stuck. 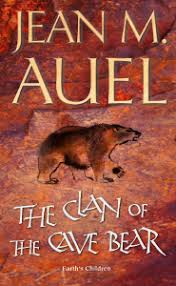 Who is your favourite character out there? Why?

Her name is Ayla, created by Jean M. Auel. The story is ‘Clan of The Cave Bear’, part of the ‘Earth Children series’. Strong female character. Close second is Hermione Granger from ‘Harry Potter’.

We’d like to thank Mark for being a part of the Member Spotlight. We look forward to his latest memoir.

From an early age, a creative imagination turned into a passion, and it eventually made Mark decide to further enhance his skills by working toward obtaining a Creative Writing diploma through the Stratford Career Institute. Graduating with highest honors and with support from family and friends, he began developing his ideas and dabbling in short stories.

Mark has always enjoyed the art of Creative Writing, telling a story, putting it to paper, and sharing with others. Living in a small northern town near the shores of Lake Simcoe, surrounded by the beauty of nature, it is not hard to find inspiration.

Buffy rules! I also like Ayla. I’ve been thinking it’s time for a reread of Clan of the Cave Bear. Thanks for sharing!