Procrastination! Our Own Worst Enemy with Anna MacKay-Smith

*Note: This workshop has been cancelled. It may be rescheduled in the fall of 2020. Be sure to sign up for the WCYR newsletter to get updates.

Why is the thing we love doing the most, the hardest thing to sit down and actually do?  What are those voices in our heads that create self-doubt, indifference and avoidance? And how can we control them and not let them control us? How can we set goals and stick to them?  Anna MacKay-Smith, Creativity Life Coach, Acting Teacher and a Self-Proclaimed Expert at Avoiding Writing Her Novel, will take you on a fun journey that will show you how to put those doubts to one side and recognize procrastination for what it really is. 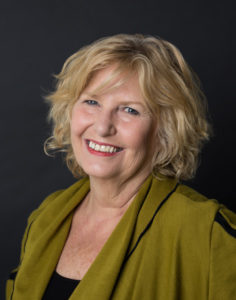 Anna MacKay-Smith was trained as an actress at the University of Ottawa for her B.A. in Theatre and English and then went on to theatre school in England – The Drama Centre, London – for a three-year acting program. Starting her professional career, she performed at regional theatres across Canada, including the Stratford Festival. Anna began teaching acting at C.A.S.T (Centre for Actors Study in Toronto) in the late 1980s. She returned to her studies at York University to obtain her MFA in Directing. Upon graduation, she began to teach at York University, as well as, founding a full-time one-year foundation theatre school in Toronto, called The Players Academy which she was Artistic Director for 10 years. Anna co-founded, with actor Ken Welsh, the professional play reading company The Motley Theatre, which has been in existence since 1996. Her company MotherTree Projects, creates large performance pieces from the autobiographical writings of women in the community. Anna works currently, as well, as a Creativity Life Coach, helping artists find their direction, inspiration, and creativity. She has taught acting at George Brown College, University of Toronto Mississauga, Sheridan College and York University.  As well, she coaches and teaches classes privately. She was the Education and Development Coordinator for Canadian Rep Theatre. Currently, she is the Coordinator of a new two-year film acting program at George Brown College – Acting For Media.