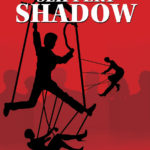 Snatched from her private jet, crime-boss Fidelia Morales barely escapes with her life. Now she wants revenge. But her gang of criminals is thrown into chaos as dozens of key operatives suddenly disappear.

Howard Knight—Fidelia’s former lover and accomplice in her latest heist—walks free from the same plane only to flee in a desperate quest to escape The Organization. He too is hounded by menacing encounters.

Both become entangled with massive Multima Corporation led by Suzanne Simpson. Amid a global pandemic, this powerful CEO scrambles to fill crucial executive roles while dealing with bizarre threats and mysterious interferences on three continents. All seem connected and threaten her empire.

With breath-taking reach and bewildering influence, is it possible an unseen and elusive Shadow can pull strings to manipulate people, companies, criminal organizations, and governments?

For his fifth suspense novel, A Web of Deceit, Gary D. McGugan recently received a Gold medallion for the Mystery/Thriller category in the Reader Views 2021-22 Literary awards. His first novel, Three Weeks Less a Day, was published in 2016 after a 40-year career in the world of business. The Multima Scheme, Unrelenting Peril, and Pernicious Pursuit quickly followed. Gary thinks of himself as a citizen of the world and his love of travel—with extensive experiences around the globe—are evident in every chapter of his books.

Gary has been a member of the Writers’ Community of York Region since 2017 and currently serves on its board of directors as co-chair.