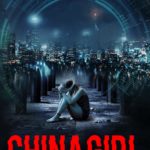 Tasked with an impossible-to-solve investigation with only the heel of a shoe and three drops of blood, Detective Roberts must work with a reluctant Interpol officer to get a break.

The streets of a near-future Toronto become the hunting ground for victims of a new, addictive neural tech with killer side-effects. It’s up to Bruce and Mie to untangle a web of intrigue and influence as deep as the justice system itself. There’s nowhere to turn, no way to pin the murders on the crime boss. Lives are on the line – most of them underage.

Can they shut down the triad’s arm before more blood is spilled and the killers become untouchable?

A bit about Douglas:

Douglas Owen not only writes short stories and novels, he’s also known for his writer-centric column “A Written View,” which helps authors and writers hone their skills.