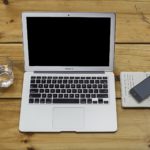 I enjoy researching. For me it is very rewarding to have that “aha” moment. It may only last momentarily before I think, but what if…, and once again begin another search for confirmation or a bit more information on a topic. And then sometimes, you just have to say to yourself enough; it’s time to get back to telling your story. And those little bits get lost or forgotten until maybe you think, oh I have that information, somewhere…

That’s what this blog post is about. Sharing some of that information with you. Some of it is from my debut novel, Remembering – A Time of Great Purpose, and some of it was tucked away, perhaps waiting to be found as many of us begin to celebrate Christmas.

In December 1940, British families who were determined to celebrate the holiday “no matter what” decorated short Christmas trees and placed them inside their bomb shelters.

Air raid shelter friendly presents, such as flasks and sleeping bags, sold well that year, even gas masks for dolls. War bonds became a popular gift, as a way to support the war. Family members found time to make their gifts. Mums knitted with spare bits of wool, made sweet treats for their children, and Dads carved sailing ships and built dollhouses. For some families, it was wrapped up second-hand gifts or “make do and mend” gifts. Food items were now rationed; those that weren’t were expensive to buy. Mothers wondered how they would make a traditional Christmas meal for their family.

In Britain, rationing of bacon, butter, and sugar began in January of 1940 and three months later, all meat, cheese, eggs, and milk was rationed. Tea and margarine were added in July of that year. Every household had a ration book. Fruit and vegetables were not rationed but having a garden “to grow your own” was encouraged. Government recipe leaflets would often have the phrase “if possible” beside their listed ingredient choices.

Mock meat recipes (and there are many recipes online if you are interested) for turkey, chicken, beef, sausage, and veal, often had a vegetable gravy on the side. In many homes, these were now a part of the Christmas meal, plus any vegetables that could be had and perhaps carrot cake for dessert. Interestingly, I found out that my favorite cake and muffin was created during World War II. This site gives lots of history on its origin.

Finally, for many families in Britain, Christmas 1940, was one of firsts. For some it was their first Christmas without their children because they had been sent abroad to live. For others it was the loss of family members who had died in the summer and fall bombings. London was not bombed that night. BBC’s Christmas sermon broadcast was from the ruins of Coventry Cathedral. Christmas Eve church bells were silent, as they were now only to be used as a warning signal of invasion. Christmas trees were decorated with paper chains, had no lights, and the presents under the tree were tied with string.

Rationing did not end immediately after the war, but eventually it was over. It is interesting how the hardships we are facing today and for the past couple of years seem daunting, but as England eventually recovered, so will we.