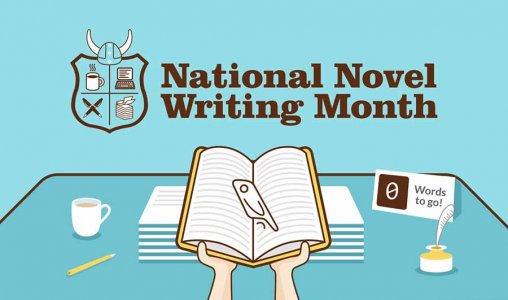 More Fruit From the NaNoWriMo Tree!

Every November thousands of writers around the world take on the challenge to write an entire novel in one month. This challenge asks that the author writes 50,000 words in 30 days.

And, you learn about yourself as a writer.

Now that NaNoWriMo 2018 is over, we’ve decided that this month we’ll showcase some of the hard work of our community who participated in either the main NaNo initiative or our Mini-NaNo.

And now the time has come to again highlight the work of the members of the WCYR. There was so much written in November for NaNoWriMo, I wish we could read it all!! It’s great that I can share at least some more of what we have done here.

From Book 4 in the Detective Hodgins series, by Nanci Pattenden: 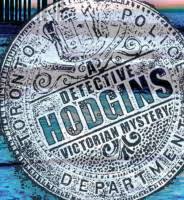 Hodgins examined the body best he could, not wanting to disturb anything until the coroner arrived. What appeared to be a bullet hole surrounded by a massive red stain sat directly over the man’s heart. Hodgins was puzzled. A wound like that certainly killed the poor bugger instantly. Why did someone bother to take the time to bash Buckingham’s face in?

The elderly man lay flat on his back, arms at his sides. No defensive wounds were evident on his hands. Whoever it was, Buckingham knew and probably trusted the man. There was no way a woman could have done that much damage, even with the man flat on his back. The splatter would have gone everywhere. Someone was walking around covered in blood. Hodgins suddenly remembered the blood. As he stood, he could feel the warmth of the blood through his trousers and on his legs.

“Blast!” Both pants legs were saturated from the knees down. He’d been concentrating so much on the body he wasn’t aware of his surroundings or sensations. Now that’s all he noticed. He spotted a rag hanging on a nail by the stalls and went over. By the time he finished wiping off his trousers, the rag had turned from dingy white to a darkish pink. Unfortunately, the stickiness didn’t come out.

Hodgins turned just as Barnes and Dr. Stonehouse entered the barn. Barnes took one quick look at the body and ran out.

“Where’s he off to in such a hurry?” the doctor asked.

Hodgins grinned. “He’ll be back in a minute. As you can see, the victim is right there. I’m guessing from the amount of blood and he died from the shot.”

From The Queen (working title), by Loni Cameron: 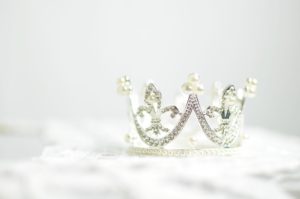 The day had stretched until Queen Elide thought it would never end. The hospital had filled but was not fully repaired from the previous attack. The queen ordered a large clinic a few klicks away, be converted into a hospital. She wasn’t sure if she’d ever seen healers move so fast. Gentle hands and tender words, they triaged the injured, moved from each person, stopping the flow of blood, mending bones, easing pains.

These people, her people needed water and food. General Ayr had been kind of enough to organize that task. She gave her troops assignments, following Alina’s lead. A general humbling herself to listen to a captain, but she showed no antagonism, just the need to help. Ayr managed to get Generals Tobias and Leithy out of the castle, with the people they had brought with them, down into the city to help. Do you want them to hate the military? Like we aren’t good enough to take care of them? She had shouted, and the vibration was felt in the stone walls.

The injured had been attended to. Displaced people had been found homes. The investigation had begun and would continue tomorrow. Someone, a mother, had looked at the queen and said she looked tired. Avery appeared next to her, staring into her face, examining under her eyes, the pallor of her skin. She looked up to Cellen.

“She can handle a bit more,” Cellen told the queen’s aid.

November had both these lead characters paying more attention to others than to themselves. Where will their journeys lead them all? What will everyone – writers and characters – discover about themselves during this journey?

What else does our community have for us? I’ve certainly felt the urge to keep writing. NaNoWriMo is one great example of how the WCYR helps me by pushing me forward – to try more, do more. Hopefully everyone who participated feels the challenge, the urge to more forward, too.